Cookies remember you so we can give you a better service online. By using this website or closing this message, you are agreeing to our Terms of Use.

Or email us at:
info@livignoskiholidays.com 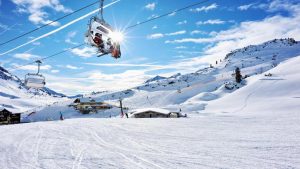 Ever traveled before and been confused by a bad reaction to something you have done? We all have at one time or another. With this in mind, here’s some tips on etiquette when you’re skiing in Italy that should help you avoid upsetting your Italian hosts.

It’s inevitable during a ski holiday you will dealing with a queue for a lift at some point but there are some really annoying things that can make matters worse. The first is jumping the queue. It’s never acceptable to jump a queue and bad manners to do so even though you will notice this happening when skiing. Also don’t be that person hitting your skis into someone in front. It may be unintentional, but people who paid a lot of money for their skis aren’t going to like it.

If you are sharing a ski lift for any length of time and it’s just a small group of you, then saying hello is the polite thing to do unless the person looks like a serial killer. This will also make the journey to the top a bit more comfortable as opposed to sitting in awkward silence.  One thing to avoid at all costs is intentionally rocking the ski lift which may make people who are less relaxed being hundreds of feet in the air even more anxious.

Anyone who has been skiing will have seen the over-confident beginner type who flies down the slope thinking they have learned everything about skiing after a few lessons. The thing is learning to ski takes years of practice and those who really can ski know that skiing straight down a beginner slope at 80mph with arms flailing in the air is never a good idea. Of course not everyone is confident on the slopes and there will also be those who are at the other end of the scale when it comes to bravery. These are the beginners you see falling over a lot or stopping mid slope to decide on what to do next. If this is you then try to stop in a safe place to avoid a nasty collision.

Etiquette doesn’t end on the ski slopes. While in Italy it is useful to observe how the locals behave to avoid any misunderstandings. If you happen to invite an Italian for a meal or you meet someone from another European country it is often customary for that person to pay for the meal. It could be considered rude to ask someone out and expect them to pay or go halves even if this is sometimes the case in the UK. If you like a drink after your skiing, there are also some subtle cultural differences to be aware of, for example. In the UK, if someone’s glass is half empty the host may top it up. In Italy, they will assume you’ve had enough until the glass is below half full, or if you have had enough and you glass is empty, they’ll fill it up again!